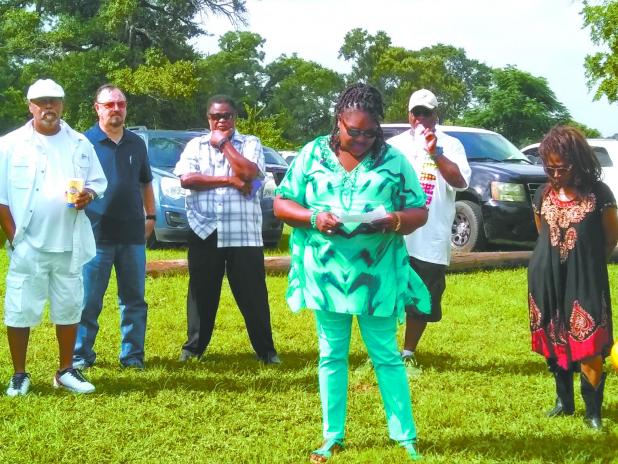 The City of Marlin celebrated the re-dedication of Marlin’s City Park back to the community on July 4.

Senior Councilman Scottie Henderson welcomed all, and Lofton conducted the brief honor of the re-dedication of the park at the Blue Star at Flag Pole Hill within City Park.

This beautiful park had been lost to wild-life, hidden in heavy brush, towering trees and sky-scrapping water bamboos.

“I’m very thankful for the efforts of his great staff of hard-working men of the public works and parks division, for giving all they had to get the project finished within two weeks,” City Manager Cedric Davis said.

He also thanked Sheriff Ricky Scaman, his staff and work crew; Jeremy Venegas and his work crew for their assistance; the city leadership team; and all who donated, and who are believing in the vision of Marlin’s push for Unity and Success.

Davis said the park cost little to almost no money to give it back to the people because of volunteerism, donations, and dedication to the cause. And yes, we’re still getting in some street work as well.