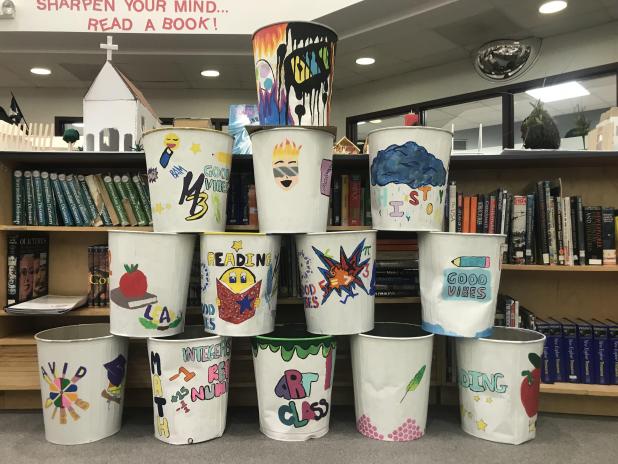 The Marlin ISD school board heard from a concerned citizen about concerns over district leadership and the Marlin Elementary principal about campus management during a meeting Nov. 20.

Marlin resident George Stricklin addressed the board during public comments.

“I felt like I sold out this community,” Stricklin said. “We’re painting a picture of Marlin ISD to be one thing when it’s something totally different.”

Stricklin recently produced a video for the district in order to recruit additional teachers, following the five walk-outs they have had in the past months.

“You cannot expect for people to perform at the ability they need to perform if they are constantly being beat down by leadership,” he said, questioning what resources are being provided to teachers. As someone who has had a longtime professional relationship with the district, Stricklin wants to see it move forward in reality in the same notions as their media presents.

The board also heard a report from Marlin Elementary Principal Alushka Driska who updated the board on readiness across the grades.

Dr. Jean Bahney recognized Driska and introduced the board to a new campus management plan implemented at MES by Driska.

The idea behind the program is to create an economic system for students to want to participate in. When a student is seen doing something kind/good/positive throughout the day, they are given a Bulldog Buck - currency made for the program. Bulldog Bucks can be taken away as punishment.

Bahney said if a student has 20 Bulldog Bucks at the end of the week, they would be allowed to participate in a fun Friday activity. The program was implemented two weeks prior to the meeting and has had positive feedback thus far.

The district’s Financial Audit for the 2018-2019 school year found no discrepancies and was approved pending clarification of contract requirements. Jesse Olivar, of Beasley, Mitchell, & Co. out of El Paso, spoke regarding the audit and concluded that the district had great financial leadership, as the working capital ratio went from 6.4 the previous year to 5.03 for this audit. A ratio anywhere between one and five is seen as good standing.

After a short closed session and a 4-0 vote, Sharon Deloach was announced as Marlin High School’s new assistant principal.