The only thing that matters is how we live 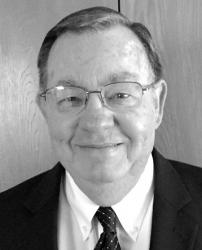 The country paused a couple of weeks ago to hear in disbelief the tragic crash and passing of nine precious souls.

There was a father, a mother, a daughter, a son, a friend, a niece, a nephew, a granddaughter, a grandson, a teacher, and a leader. All of their lives were taken in the blink of an eye. One was more well known than the others, but to God they were all just as well known.

As the week unfolded, we learned a lot more than just names. We found out one had a Waco connection, one had been recruited to teach basketball skills to a group of girls, there was one that usually drives to the games but that particular morning they decided to fly. There was one that had countless hours flying and teaching others how to fly in heavy fog, and there was one who had ended a very enormous career and had earned an Oscar and...

For the rest of the story pick up the Feb. 12 edition of The Marlin Democrat or Read the E-Edition here.